The Romanian Cultural Institute will dedicate the renowned sculptor a series of grand scale events within the Europalia 2019 Festival, where Romania holds the status of guest country. Our country’s presence at this important Festival that will take place between October 2019 and January 2020 is organised by the Romanian Cultural Institute, in partnership with the Ministry of Foreign Affairs, the Ministry of Culture and National Identity and the Government’s General Secretariat.

Throughout the Festival, the events dedicated to the works of Brâncuși will take place at the prestigious BOZAR – the Centre for Fine Arts in Brussels – as well as other significant museums in Belgium.

„The diplomacy of art is a concept I believe in and one we have continuously been trying to apply in the strategy of the Romanian Cultural Institute. Art can be a universal means of communication between artists themselves, the creators and the public but also between nations. Brâncuși has become a “country brand” for Romania. This is why, naturally, we have decided to allocate him a central position within the Europalia programme. As we always do, regardless of the artist being internationally renowned or just emerging, we strive to organise events connected to the body of work: alive, authentic, and impactful. For the Romanian Cultural Institute, Europalia is part of a true cultural marathon, a series of unparalleled challenges in its activity, together with the France – Romania Season, the Romanian Presidency of the Council of the European Union and the Centenary of the Great Union.” – Mrs Liliana Țuroiu, President of the Romanian Cultural Institute.

EUROPALIA is one of the most important international arts festivals in the world and is considered the most important cultural platform in Belgium. The Festival takes place once every two years and is placed under the high patronage of the Belgian Royal Family. Events are organised both in Belgium and its neighbouring countries: France, Holland, Luxemburg, Germany and the United Kingdom. 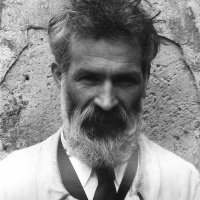 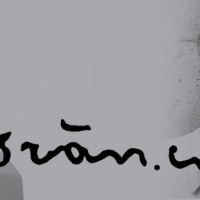 Dr Julia Secklehner is an art historian specialising in Central European art. She has earned a PhD at the Courtauld Institute of Art in London and studied Czech and Art History at the University of Glasgow. Currently, she is based in Brno and works on a research project about interwar Central European art and architecture at Masaryk University.More posts from Julia Secklehner